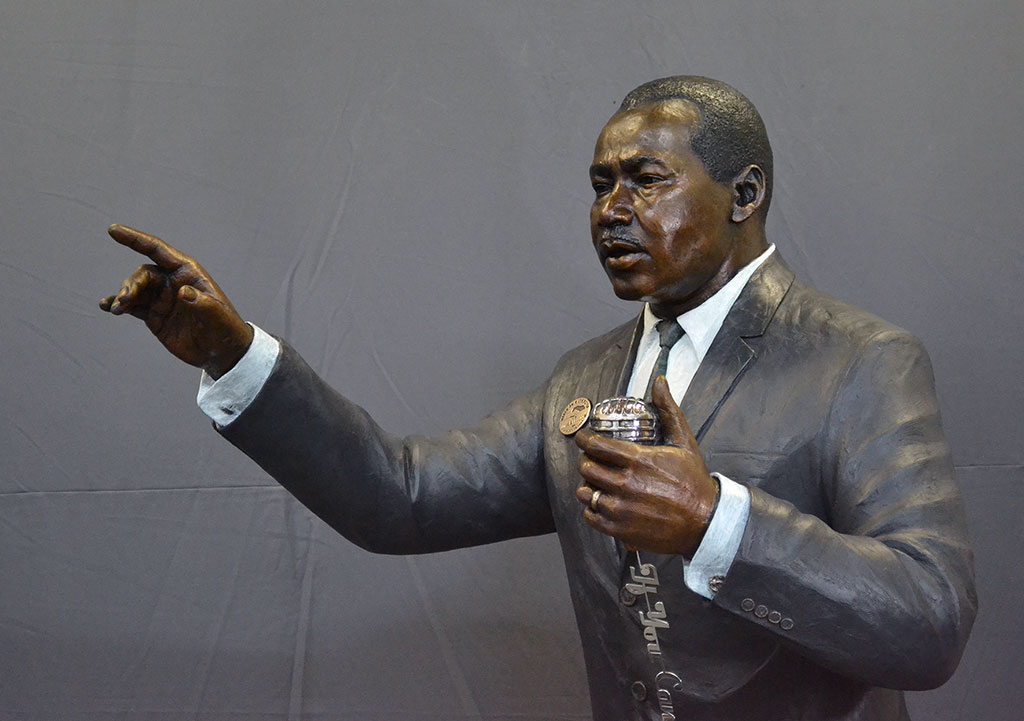 I worked with colleagues Cristina Salvoldi and Lungisa Kala on this piece.
We wanted the sculpture to convey Dr Martin Luther King’s absolute determination and persistence in realising his vision despite all adversity. He is depicted walking determinedly, almost marching, looking straight ahead with dogged focus.
His hands show trademark gestures and reflect his great flair as an inspiring orator. He is holding a microphone in his left hand and its cord spirals down towards the floor. The cord is made up of cut out words from one of his well know quotes and the font style is indicative of the 1960s ‘radio’ type:
“If you can’t fly then run
If you can’t run then walk
If you can’t walk then crawl
But whatever you do
You have to keep moving forward”

The sculpture forms part of The Long March to Freedom at Century City, Cape Town. This is an installation that will eventually see an outdoor procession of more than 400 life-size bronze figures honouring individuals who fought for democracy, against oppression in South Africa – the heroes of the liberation struggle. www.nhmsa.co.za

The unveiling of the statue took place in March 2019 and was attended by Ambassador Andrew Young who was with MLK the day he was assassinated and who went on to become one of the most internationally respected human rights activists. 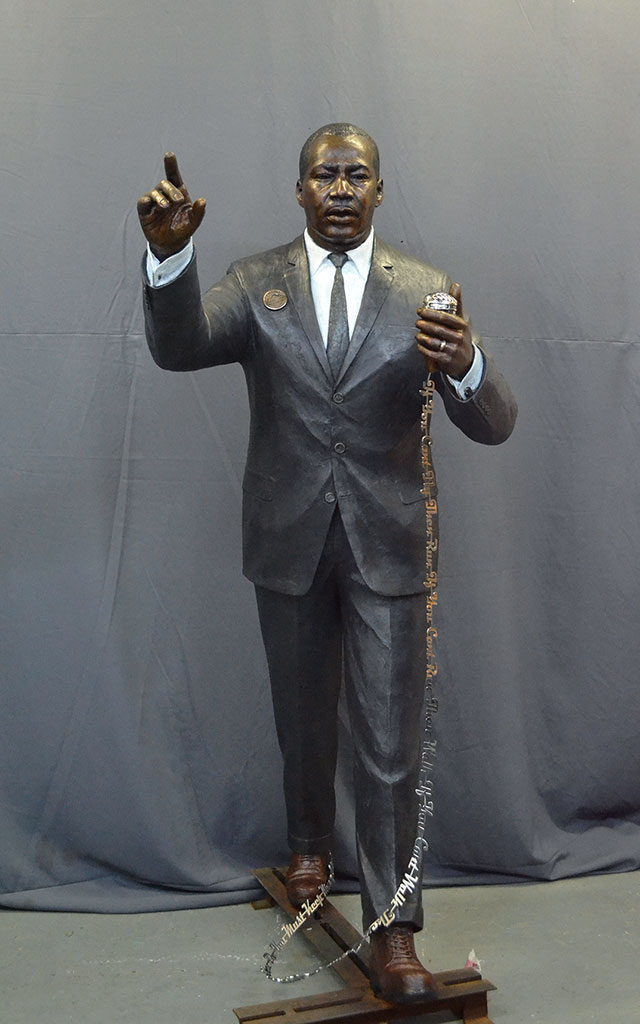 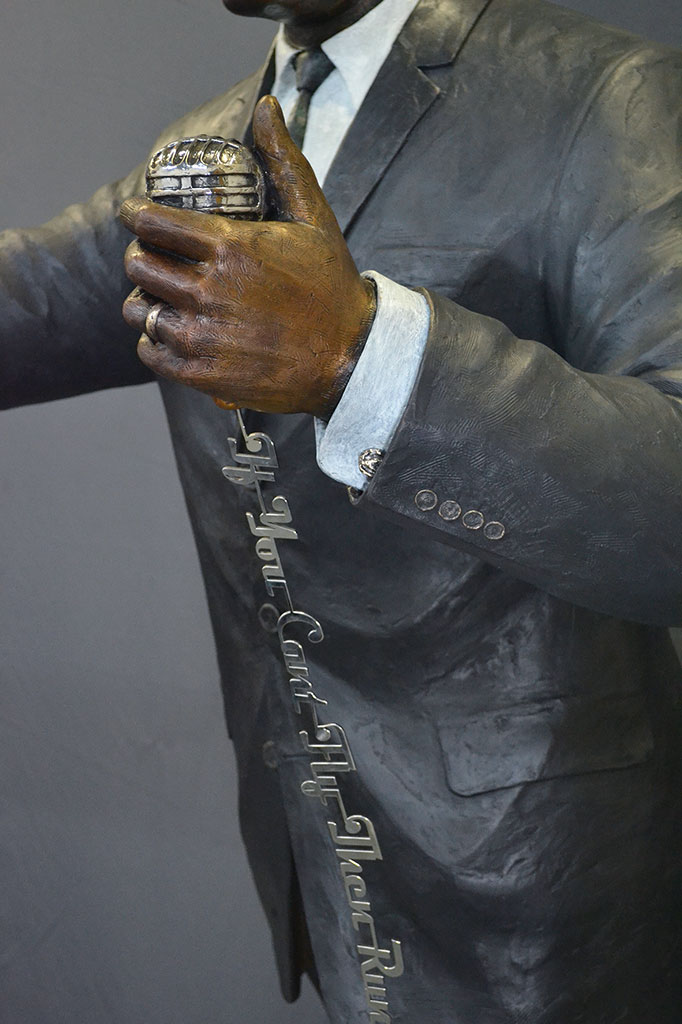 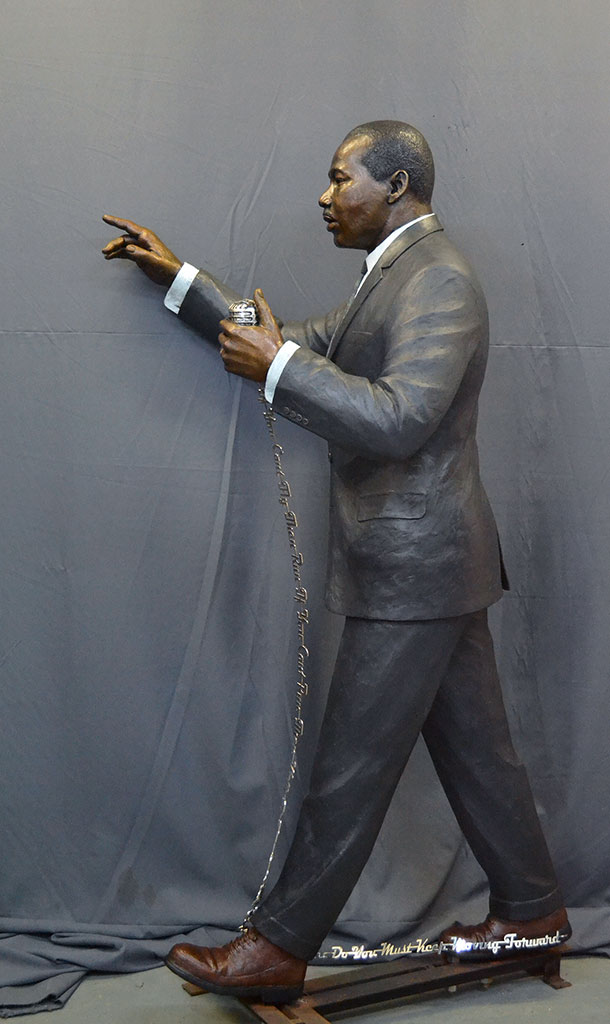 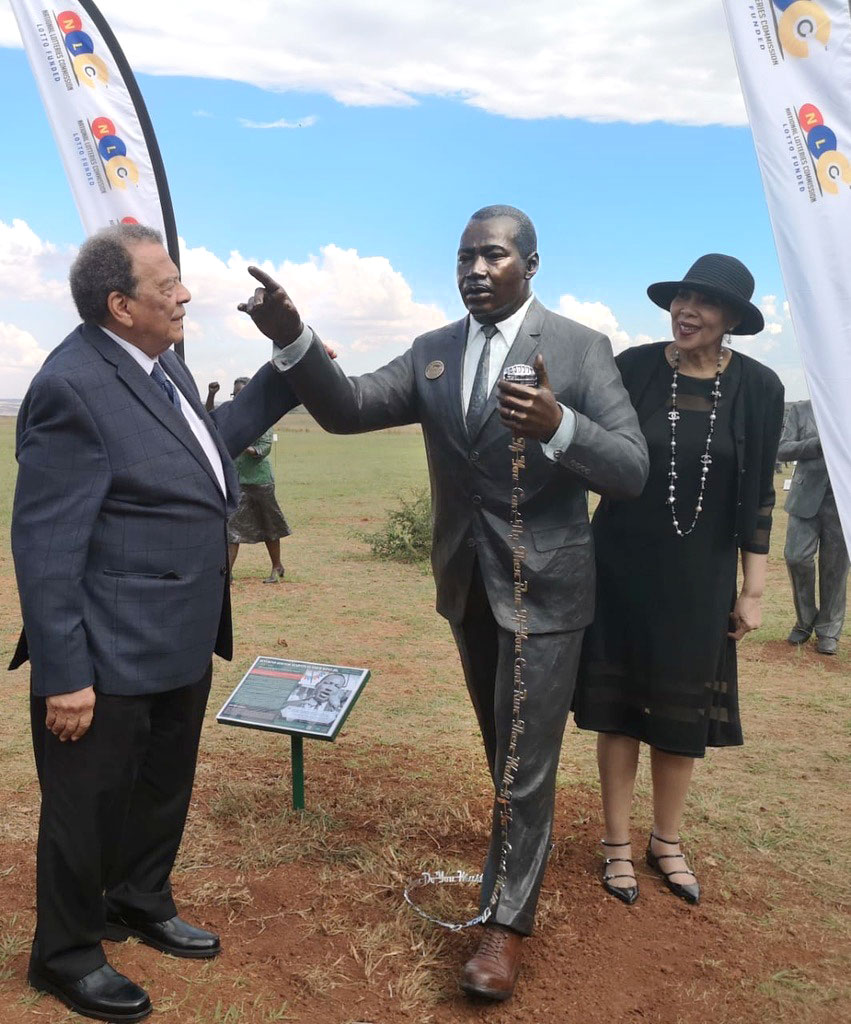