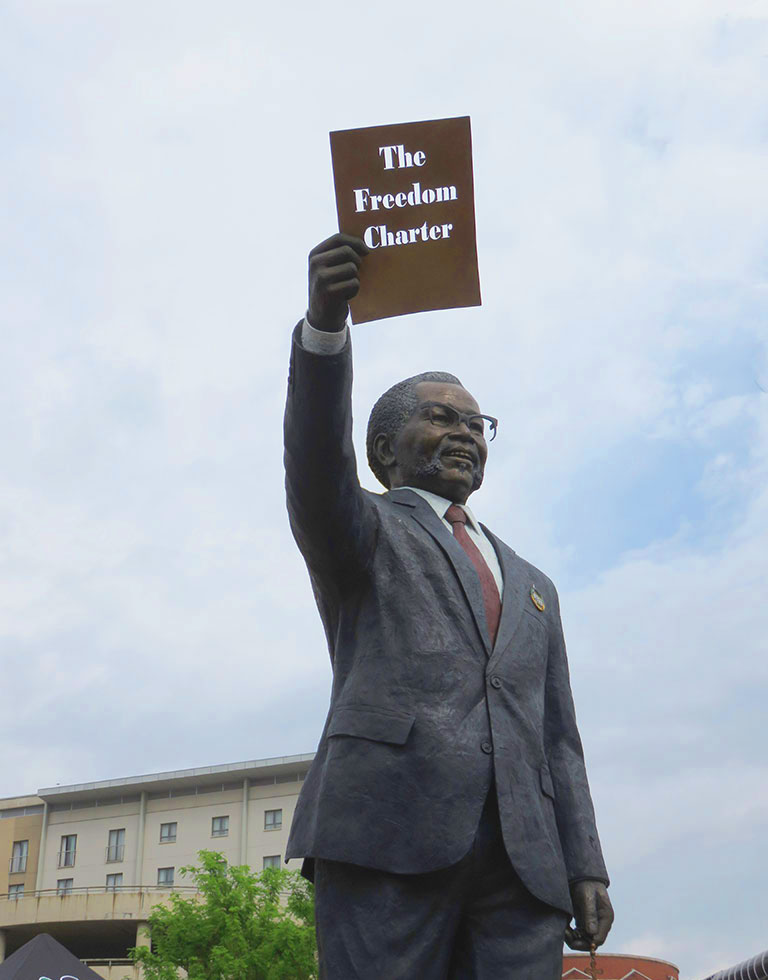 27th October 2020, on what would have been his 103rd birthday, this 9 meter bronze statue of Oliver Tambo was unveiled by President Cyril Ramaphosa at OR International Airport in Johannesburg, South Africa.

In his speech, I think that President Ramaphosa beautifully summed up all that Oliver Tambo and this monument stand for, so I quote from this:
“He dedicated his life to the people of South Africa and to the achievement of democracy.
He led the struggle for freedom through its darkest and most difficult moments.
He spent through three decades in exile, working tirelessly to forge international support for the anti-apartheid struggle.
To the world, OR Tambo was the voice of South Africa’s liberation movement.
He articulated the aspirations of every South African man, woman and child who yearned for freedom.”
“This statue is a colossus, as was the man it commemorates.
It stands as a symbol of our triumph as a nation over injustice thanks to the actions of good, brave and principled men and women like Oliver Tambo.”
“In erecting this statue we affirm the importance of preserving our heritage for the benefit of future generations.
But we are also telling the world we have not forgotten our heroes.
We remember them, we want their stories known and we want their lives to inspire and encourage us as we strive together for a better world.”

I was lead sculptor on this project alongside Cristina Salvoldi, with fellow sculptor Lungisa Kala and assisted by Madodana Cita.